When most people think of Alaska they think of mountains and glaciers and jumping Orca whales and bears and moose.  In Akiak there are moose and bears and foxes around, but you never really see them, mostly because they get scared off by all the dogs and vehicle noise.  So Akiak is no wildlife paradise, it is more like dogville.  It is no great life for dogs though, I think Sparty is probably the oldest dog in the village.
Alaska dog treat: 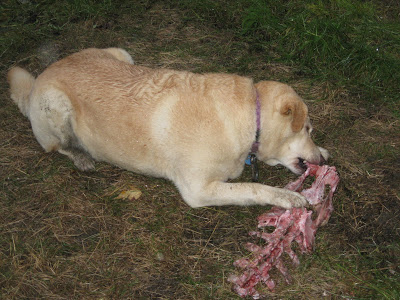 There are a few people in our village who race sled dogs competitively.  Sled dogs aren't really used for travel, but there is money to be made in the sport. 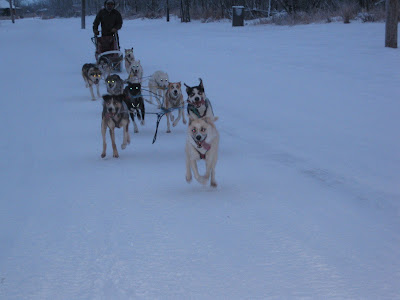 When there is not snow, they train the sled dogs by hooking them up to a four wheeler and having them drag it. 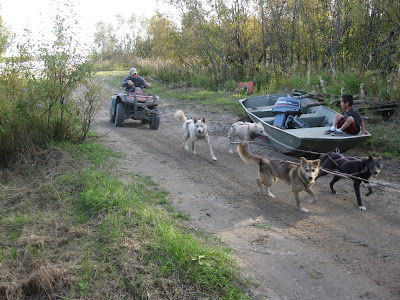 Many of the teachers have adopted village dogs.  It is a bit risky since the nearest vet is in Bethel and is only there once a month.  Some of the dogs get parvo and die as puppies.  It is illegal to have your dog untied, but many are loose, and there have been a few round-ups where all the loose dogs are shot.  Jared and I had the misfortune to come across a pile of dead dogs at the dump.  It was especially sad since I had names for all the little strays around and we would give them treats.  Now I know not to get attached to the loose dogs. 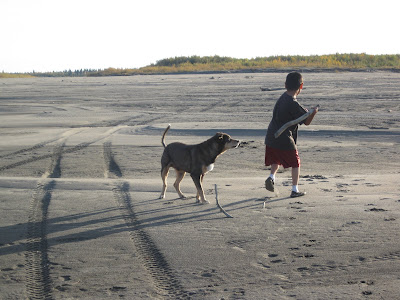 Sparty at the beach with Alvin.  A dog party in front of our house. 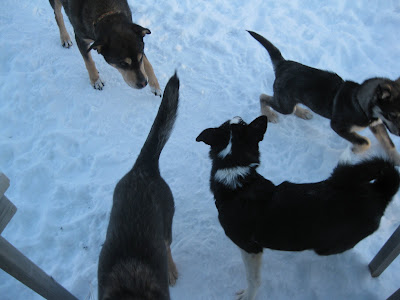 Posted by brownbird at 9:28 PM