It gets pretty cold in Akiak.  I think the coldest it got last year was around -40.  During January in the Kuskoquim 300, (which is a sled dog race,)  it was in the -40's and some parts of the race it was -60 with wind chill.  Some of the dog racers got frost bite on their eyes!
Pretty consistently December through March it was in the -20s with the wind chill.  When I lived in Chicago I HATED the cold which is one of the reasons I wanted to move to Washington where the weather is milder. Kind of ironic that I live in Alaska now.  Actually -20 doesn't feel that bad if you have the proper gear.  We always wear snow pants and parkas and face masks.  If you have those things, especially the snow pants, it doesn't feel that bad.  Now if I was out there in jeans and a peacoat like I was in Chicago I would be freezing my rear off. 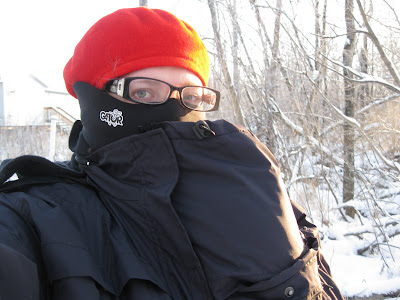 When it is really cold Marlowe stays in side my coat, (he's the bulge in there.) 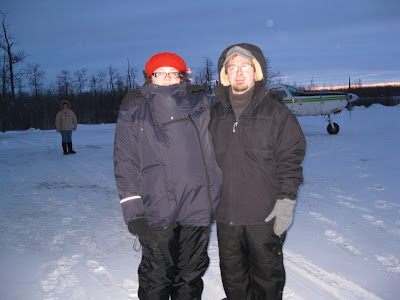 This is the Kuskoquim River which becomes the ice road: 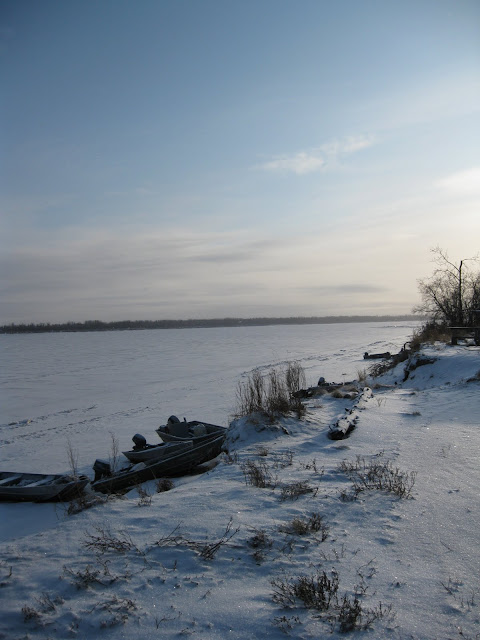 When it isn't too cold Marlowe rides in his Alaskan stroller: 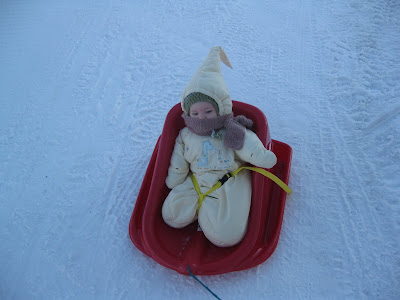 Posted by brownbird at 9:46 PM